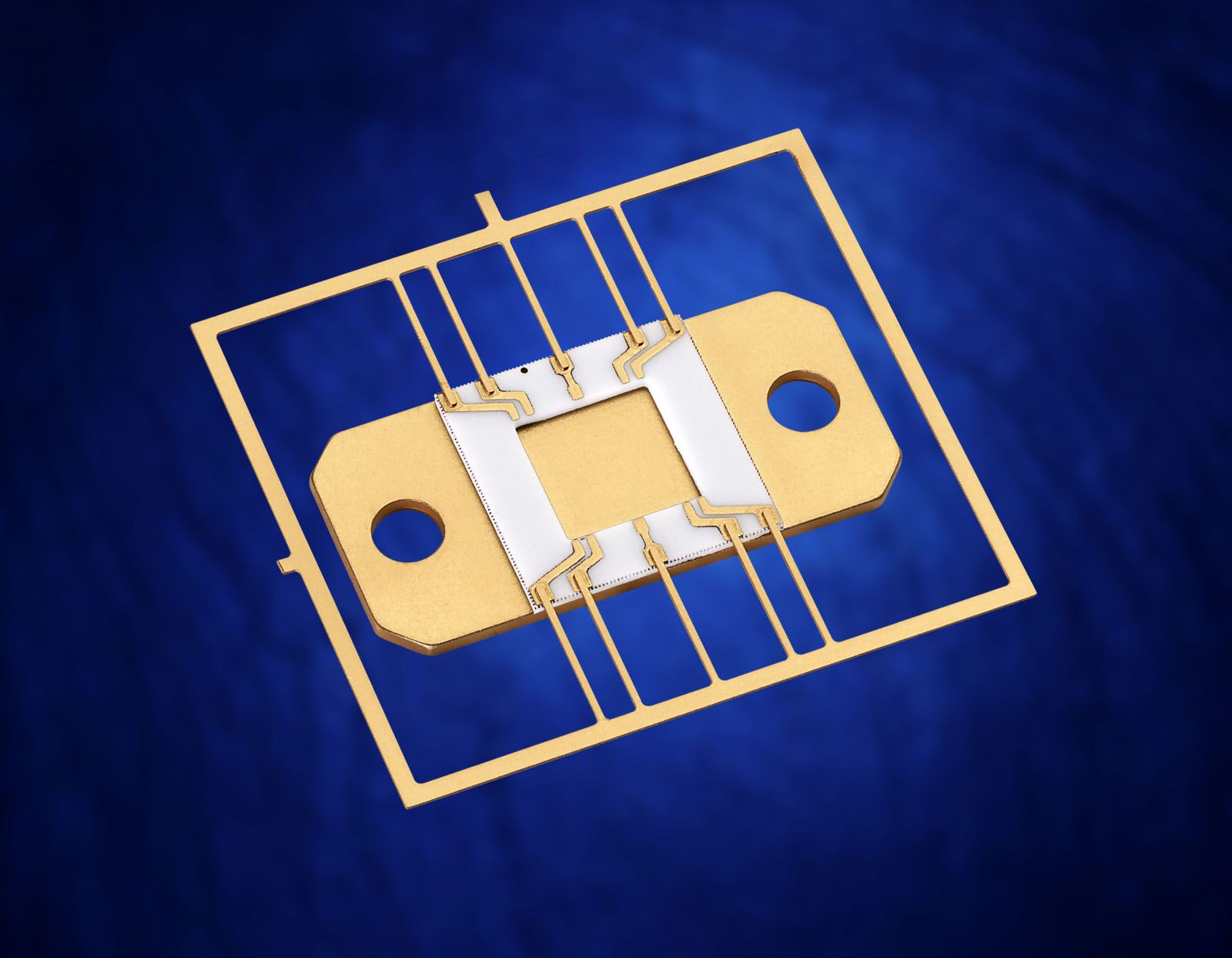 Designed originally for VSAT, the StratEdge LPA/LL Series are ultra low loss leaded packages. Using a thermally conductive copper composite base, StratEdge engineers incorporated a patented microstrip-imbedded microstrip-microstrip transition on the alumina ceramic ring frame.   The metal base and leads are attached to the ceramic with copper-silver braze,  a high temperature (> 600 deg C), high strength material that  provides fantastic reliability. To protect the device, a plastic cup-shaped lid is used to seal the package with a b-stage epoxy preform. LPA/LL Series packages are then mounted into cutouts in the board where they are bolted in place and the leads attached  with  solder.

The LPA/LL Series has exceptional wideband performance from DC to 23 GHz. Although  initially targeted for Ku band VSAT networks, these amplifier packages are used for C, X, and other Ku band applications such as radar and point-to-point and point-to-multipoint  radios. One package in the series is specially designed for Ka band, which is perfect for packaging devices used in the 26 to 31 GHz frequency range.

The result is the best performing line of leaded ceramic microwave packages ever introduced. The performance of these packages is so low loss and so consistent, they have become widely used for life cycle testing of compound semiconductors. The leaded construction provides easy and cost effective attachment to the next level of the system without sacrificing electrical performance so critical for high frequency performance.